Sara had been invited to demonstrate agility skills again.

Sara and Jeeves were at Crufts this year once again demonstrating their amazing agility skills!

As predicted Sara, Jeeves and Benji did a fantastic job demonstrating agility for the Kennel Club at Crufts this year!

Sara, with Jeeves and Benji, had a very successful day at Crufts again this year, when they were invited by the Kennel Club to promote agility.

A 'Jeeves-eye' view of Benji in the ring 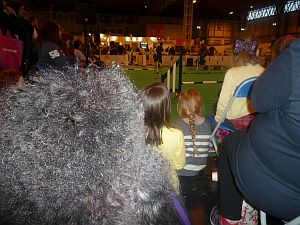 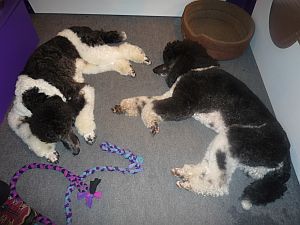 Neither were fazed by the noise, continual attention nor being asked to continually pose for photographs. Jeeves took part in the demonstrations during the morning and Benji in the afternoon.

Room for two on Mum's lap? 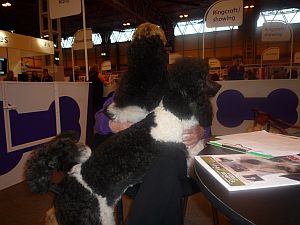 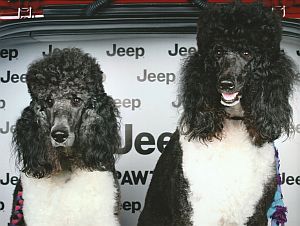 It was a long day for all, but well worth it as they were truly ambassadors for their breed.

Sara took Jeeves to Crufts in March, at the invitation of the Kennel Club, to demonstrate agility. 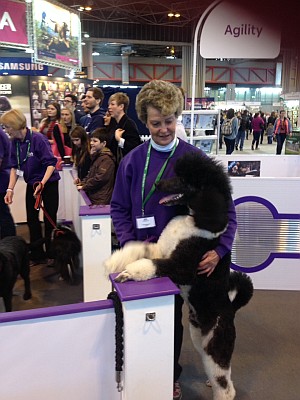 Sara and Jeeves with KC staff 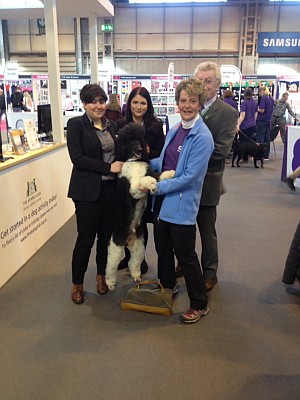 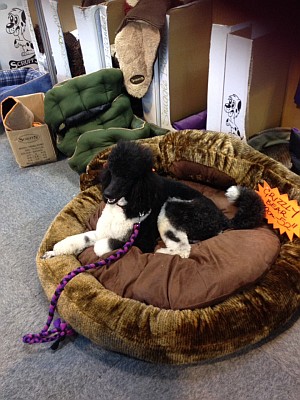 Michelle with Harvey & Harmony. Marble and Bertie's pups were used in the advert with these two dogs. 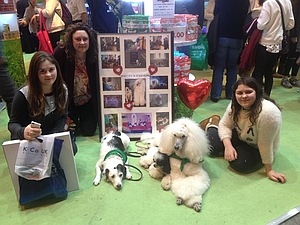 Jeeves went to Crufts again in March 2015, at the invitation of the Kennel Club, to promote agility - seen here with Sara Bingham and Jeeves daughter, Taylor (8 months old), with owner Angela Flowers hiding behind her! 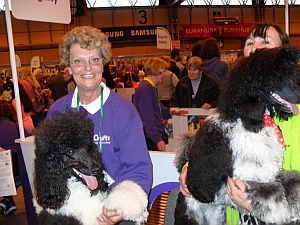 Smudge (Tisane Silver Pearl) has been chosen as the April "calendar girl" in the BrownTrout 2015 Poodles Wall Calendar, an American publication. 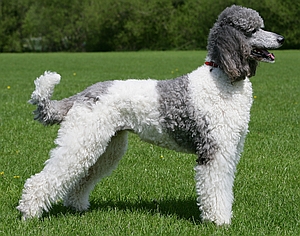 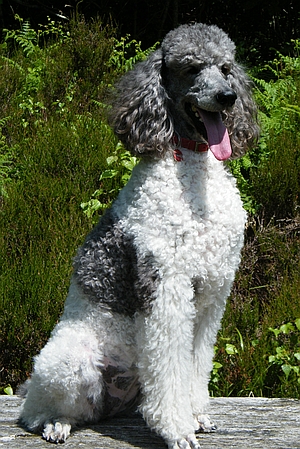 Jeeves was at Crufts demonstrating agility on Sunday 9th March 2014. 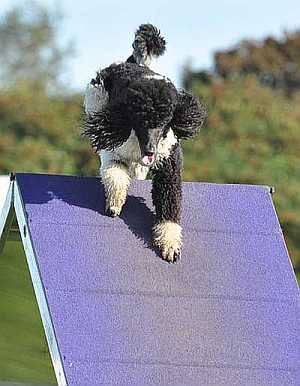 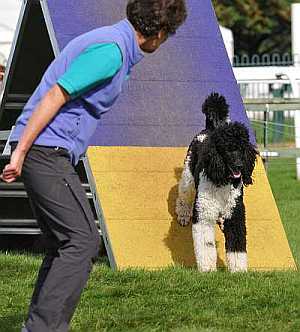 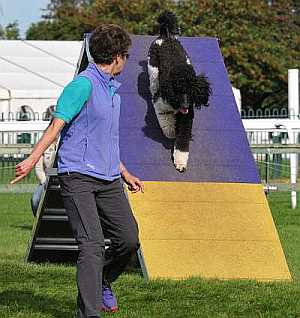 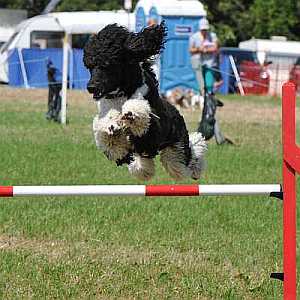 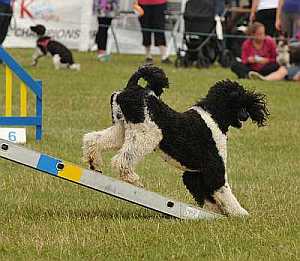 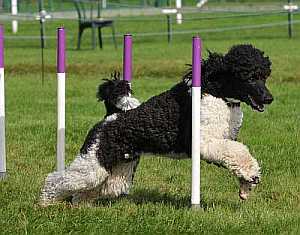 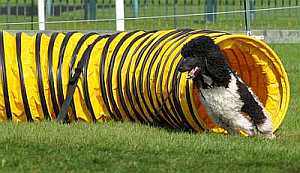 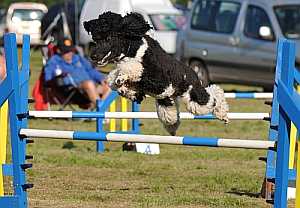 Blaze went to Crufts again in March 2013, at the invitation of the Kennel Club, to demonstrate agility. 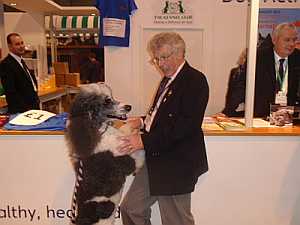 While at Crufts, Sara recorded an interview with DogCast Radio. To listen to it click here.

Lesley and Martin Horton's Cariad, who is an Odette/Blaze pup, chosen to represent Pets As Therapy (P.A.T.) dogs scheme in the main arena at Crufts 2013. 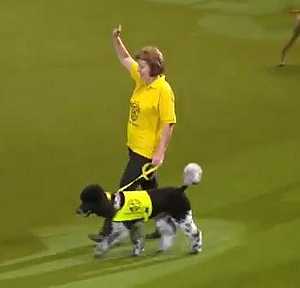 See "poodle-power" in action! Here's Blaze winning the Tug-E-Nuff Performance Challenge Agility Final in 2011 and beating all the collies!

If it doesn't display correctly, try going to YouTube.

As a result of the above this article was run on the Knowing Dogs Blog.